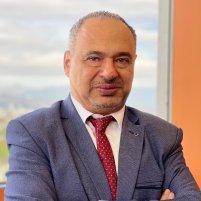 Some forgetfulness is a normal part of the aging process. But when you or someone you love has severe memory loss and changes in thinking and behavior that affects daily life, it may be dementia. Raafat Iskander, MD, is a board-certified neurologist and an expert at diagnosing and treating dementia at St. Marys Neurology Clinic Beverly Hills. To get help for you or someone you love, call the office in Beverly Hills, California, or schedule an appointment online today.

Dementia is a general medical term that describes significant changes in a person’s memory, language skills, and ability to solve problems to the extent that it affects their daily life. The severity of dementia varies from mild to severe depending on the cause and stage of the disease.

Memory loss is one of the early symptoms of dementia. These changes in memory may lead to problems like recalling words or getting lost in familiar places. Dementia may also cause personality changes and other mental health conditions like depression, anxiety, or paranoia.

What are the causes of dementia?

People with Alzheimer’s disease have what’s known as plaques and tangles that form in the brain, damaging brain cells and neural connections. It is the most common cause of dementia.

With Lewy body dementia, people have abnormal clumps of protein — Lewy bodies ― in their brain.

People with frontotemporal dementia have a breakdown in neural connections in the frontal and temporal lobes of the brain. These parts of the brain play a significant role in managing personality, language, and behavior.

What happens during a dementia consultation?

Dr. Iskander conducts a thorough evaluation when you or your loved one comes in with concerns about dementia. He performs a physical and neurological exam to assess general health, as well as cognitive function.

He may also run diagnostic tests to look for potential causes of dementia, including lab work, a CT scan, or MRI.

What are the treatments for dementia?

Treatment for dementia depends on the cause. St. Marys Neurology Clinic Beverly Hills, Dr. Iskander customizes a treatment plan that focuses on symptom management and slowing down the progression of the disease.

Dr. Iskander works closely with his patients and their caretakers to maintain independence and quality of life for as long as possible.